Are SUVs Efficient in a City? 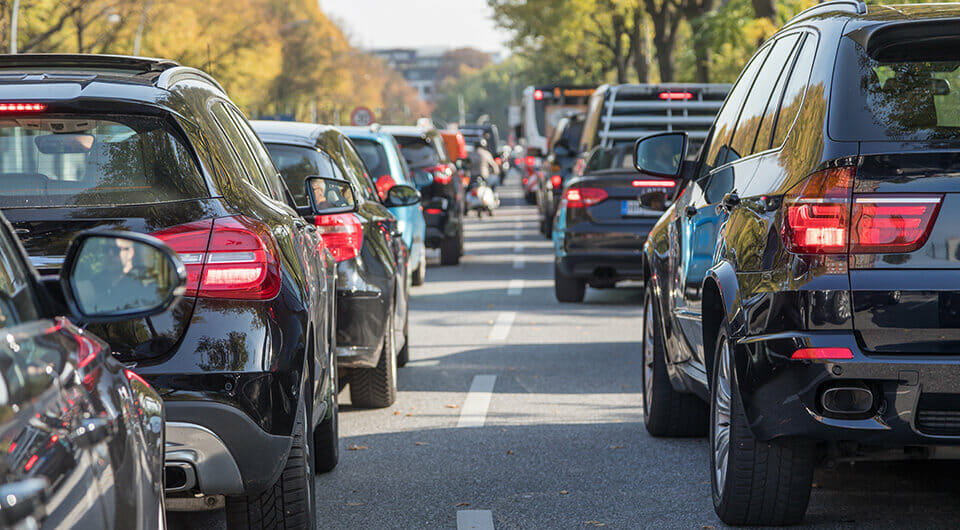 With more drivers becoming conscious of their vehicle’s fuel and economic efficiency, you might be wondering if an SUV is the best choice in a bustling city. While every SUV is different, it can be an efficient and economical option if you choose the right SUV for your needs. SUViews can help you understand the role and importance of fuel efficiency so that you can determine the best SUV for city life.

The Importance of Fuel Efficiency

All vehicles are an ongoing expense, and part of that expense is determined by how efficiently they use their fuel. A car or SUV with poor fuel efficiency burns more fuel than it needs to, requiring more trips to the gas station. That can be pricey and get even worse if oil costs fluctuate. If your SUV makes good use of the fuel in its tank, it will cost you less money long-term.

Your SUV’s efficiency doesn’t just impact your wallet; it affects the planet, too. Inefficient fuel use wastes oil, an already-limited resource, and generates more carbon emissions. Increasing talk of climate change has prompted many drivers to switch to more fuel-efficient cars, reducing their personal impact.

The SUV has garnered a reputation for poor fuel efficiency, but it isn’t as well-earned as it once was: the fuel efficiency of many SUVs has dramatically improved in recent years. However, SUVs (particularly gas-powered ones) almost always use fuel more inefficiently than a car.

The size of an SUV means that even compact SUVs encounter more wind resistance than cars, which interferes with how well they use their fuel. For SUVs to achieve similar or better efficiency rates, they’d need heights and weights comparable to those of cars.

Comparing the Efficiency of City and Highway Driving

In the city, you’re stopping your car more often than if you were on the highway, which burns more energy. On the highway, you tend to cruise at a more consistent speed, which doesn’t take up as much energy.

So why do some vehicles achieve worse fuel efficiency on the highway than in the city? The primary cause is wind resistance: you’re moving at higher speeds and stopping less often. That gives you worse gas mileage than you might have expected, especially in an SUV, where the large size results in more wind resistance.

What Types of SUVs Are Most Efficient in Cities?

Since SUVs are built for different purposes, some get better mileage on the highway, while others are designed for urban driving. You can find fuel efficiency of specific SUVs on fueleconomy.gov, but in general, electric and hybrid SUVs are the most efficient options for city dwellers.

Electric vehicles are more fuel-efficient than gas-powered ones. That same statement applies to electric SUVs: they are all-around more efficient, with higher miles-per-gallon equivalents (MPGe) than their gas-fueled counterparts.

However, many electric SUVs also get much better mileage on city streets than on highways. Since it also costs less to charge an electric SUV than to refill the typical SUV’s gas tank, they are much more financially efficient.

Because some of an SUV’s fuel inefficiency stems from the vehicle’s design, electric SUVs don’t measure up to electric cars. But if you’re choosing between a gas-powered car and an electric SUV, the SUV is almost always the more efficient option.

Many modern SUV models use hybrid motors, allowing greater fuel efficiency than traditional SUVs. Where a traditional midsized SUV might manage 23 MPG on city streets and 25 MPG on the highway, a hybrid model can often reach or exceed rates of 30 MPG.

Plug-in hybrids may have similar or better fuel efficiency to hybrid SUVs. These cars have both a gasoline-powered hybrid engine and a battery-powered electric motor. The higher efficiency of hybrid engines, but the battery allows the SUV to operate in electric-only mode, much like an electric vehicle.

The Most City-Efficient SUVs of 2022

If you are in the market for a new SUV and need a model that offers optimal fuel efficiency for city driving, here are several of the best SUVs of 2022.

The Hyundai KONA Electric is your best choice for the all-around best efficiency. This crossover SUV has a powerful, efficient electric motor, and it shows: on city streets, it averages 132 miles-per-gallon equivalent (MPGe).

The KONA Electric has more to its name than just its efficiency. The interior display can be easily connected to Apple CarPlay or Android Auto, allowing hands-free phone calls and seamless music streaming or directions. Some models also have extra enhancements, like adaptive cruise control (which Hyundai calls “Smart Cruise Control”) and a heated steering wheel.

As a bonus, the KONA Electric may help you save both time and money. Many federal and state governments are offering incentives to purchase electric vehicles, including federal or state tax credit, access to the carpool lane, and more.

A popular hybrid crossover, the Ford Escape Hybrid proves to have competitive efficiency. With a gas-powered hybrid cylinder engine, the Escape boasts an impressive fuel mileage, reaching an estimated 44 MPG on city streets and an estimated 41 MPG combined.

The Escape’s extra safety features, such as adaptive cruise control and the “Safety Canopy,” aim to prevent collisions and offer extra shielding if they happen anyway. Inside the SUV is a touchscreen display perfect for navigation and satellite radio.

Ford also offers a plug-in hybrid version of the Escape, which you might find more economically and environmentally friendly.

Pick Your Next SUV With SUViews

If you’re looking to hit the city streets, SUViews is ready to help you select your next SUV. We have many SUV-related resources, including a long list of reviews and an informational blog. Get in-depth knowledge about SUVs so you can make an informed consumer choice to suit your needs and lifestyle.