Are Hybrid SUVs a Good Choice? 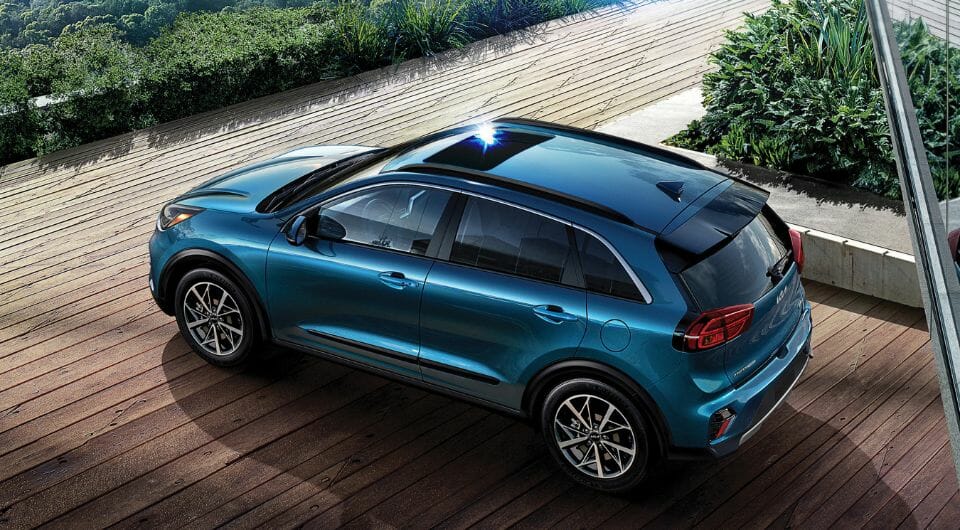 Rising gas prices and widespread discussion about the environmental impact of SUVs have prompted many SUV drivers to try and use less gas. While electric vehicles aren’t an option for everybody, hybrid cars have evolved since the Toyota Prius took the world by storm, making them a great choice. All you need to do is decide which is the best hybrid SUV for you.

The Difference Between Hybrids and Plug-In Hybrids

It’s easy to confuse a hybrid with a plug-in hybrid, especially since plug-in hybrids are often called “hybrids.” However, they’re two different types of engines.

A hybrid engine (sometimes dubbed a “regular hybrid”) is powered by gasoline only. They have far better fuel efficiency than non-hybrid engines but can’t be charged. On the other hand, a plug-in hybrid electric vehicle, sometimes shortened to a plug-in hybrid or PHEV, can run on gas and electricity. You can choose whether to use gas, electricity, or both, although the vehicle will switch to using gas once the electricity runs out.

Some SUVs are only manufactured with hybrid gasoline engines. However, with the rise of electric vehicles and the related infrastructure, more vehicle manufacturers have been producing two forms of the same SUV: one with a gasoline hybrid engine and one with a plug-in hybrid engine.

Should I Get a Hybrid SUV?

If you’re considering buying a hybrid, the shortest answer to that question is “yes,” because even hybrid gasoline engines have excellent fuel economy compared to non-hybrid models. Since plug-in hybrids use electric vehicle technology, the type of hybrid you should get depends on your driving habits.

Plug-in hybrids are an excellent choice for those who live in urban areas. You can often use electric-only mode to traverse the city streets without using gas, and charging stations are popping up all over the country, making it easy to refuel. And while buying a plug-in hybrid SUV is costlier than a regular hybrid, you can recoup the costs through many federal and local tax incentives.

Plug-in hybrids also save you money in the long run since charging your car is cheaper than getting gas.

On the other hand, regular hybrids are a better option for those who regularly drive in more rural areas. Plug-in hybrids have slightly lower gasoline fuel efficiency than regular hybrids. Many rural locations don’t yet have public charging stations, so your opportunities to use the electric motor could be few and far between. If you primarily use gas, it makes more sense to get a regular hybrid.

If you can’t or aren’t ready to make the jump to a fully electric SUV, buying a hybrid (plug-in or otherwise) is the best possible compromise you can make. Check out the best SUVs with hybrid engines in 2022.

As both a crossover SUV and a plug-in hybrid SUV, the Kia Niro is a hybrid in more than one sense. However, that’s no reason to doubt its efficiency. Niro’s electric motor can provide an impressive 105 MPGe, and its gas engine follows suit with a whopping 46 combined MPG.

The Niro is also offered as a regular hybrid, with a competitive combined fuel estimate of 49 MPG.

If you’re not thrilled with the fuel estimates of the Ford Explorer, you can escape them with the plug-in Ford Escape. The Escape’s electric motor achieves 105 MPGe, like the Niro, but its gas engine falls slightly short of the Niro with a combined 40 MPG. That’s identical to the regular hybrid’s fuel efficiency.

With a roomy cabin and available heated seats, the interior of the Escape can feel like a luxurious getaway on its own.

After Toyota revolutionized the hybrid movement, it’s perhaps no surprise that the Toyota RAV4 Prime is one of the prime plug-in options for 2022. Its electric motor offers a great range at 94 MPGe, but its gasoline engine at a combined 38 MPG is ready to assist if and when needed.

The RAV4 is also ready to assist its occupants in comfort, with heated seats, climate control features, and USB charging ports standard across all models.

If it’s not the prime time for you to get a plug-in hybrid, you can reach a combined 40 MPG behind the wheel of the regular hybrid model.

At first glance, the plug-in Kia Sorento may seem a bit like an underachiever compared to the Niro: its electric motor tops out at 79 MPGe, and its gas engine maxes out at 34 MPG. However, with automatic collision prevention and a touchscreen navigation system, this midsize SUV is not to be underestimated.

It also comes available as a regular hybrid, topping out at a combined 35 MPG.

With 76 MPGe and a combined 33 MPG, the Hyundai Santa Fe is ready to hit the road when you are. It’s more than just a plug-in hybrid; it also features standard blind-spot detection, rear cross-traffic alerts, heated front seats and available heated rear seats, and an infotainment system compatible with both Apple CarPlay and Android Auto.

However, the plug-in Santa Fe isn’t cruising the streets of New Mexico yet because these models received a limited rollout and are only available in select states. In the meantime, Hyundai fans can look into the regular hybrid, which can achieve a combined 32 MPG.

The Toyota Venza vowed vengeance on SUVs that waste fuel, and it shows. With a hybrid engine capable of reaching 39 combined MPG, automatic collision prevention, and a luxurious climate-controlled interior, it blows the fuel efficiency and comfort levels of many large SUVs out of the water.

Anyone who doubts compact SUVs will change their mind after seeing the Honda CR-V. Its hybrid engine packs a punch with its combined 38 MPG, far better than its non-hybrid counterpart, which only reaches a combined 29 MPG.

Its comfortable interior and luxurious features, like available wireless phone charging, make it clear that size isn’t everything, even for SUVs.

The Toyota Highlander may not be high up on the list, but its hybrid engine offers a high fuel efficiency at 35 combined MPG. That may not seem like much until you look at the non-hybrid model’s combined fuel efficiency of 24 MPG.

The hybrid model provides an extra 11 miles per gallon and also comes with standard blind-spot assistance and USB charging ports inside.

Whether you’re seeking to improve your fuel efficiency or reduce your carbon footprint, SUViews can help you decide what kind of hybrid SUV is right for you. Browse reviews of the latest SUV models or learn more about SUVs through our blog posts.

With our thorough, well-developed articles, you’ll be able to select a hybrid SUV that best suits your needs and lifestyle.