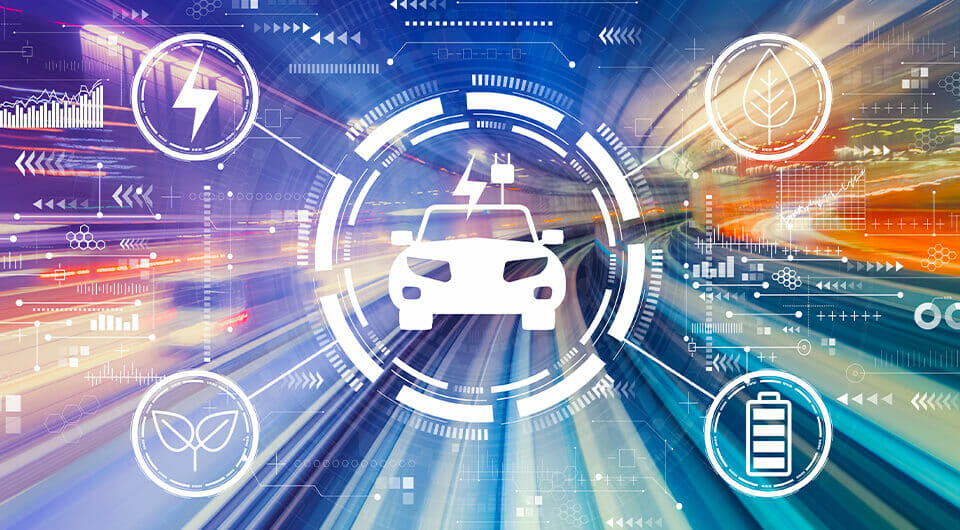 There’s no way around it: SUVs damage the environment. But that doesn’t mean you have to get rid of yours. As long as you understand the way your SUV affects the world, you can find ways to reduce its impact.

How SUVs Harm the Environment

The biggest environmental problem with SUVs can be summarized in three words: carbon dioxide emissions.

If the pejorative nickname of “gas-guzzler” didn’t make it clear, SUVs are a heavy contributor to pollution and carbon emissions. SUVs have a long history of burning far more fuel than they need to, releasing excess amounts of air pollutants and carbon dioxide. That leads to unhealthy air quality and accelerates the impact of climate change.

Despite that, the use (and impact) of SUVs has continued to climb. The International Energy Agency noted that while 2020 saw a widespread drop in emissions, the emission rates of SUVs didn’t follow that trend. In fact, they increased by 0.5%, making them the only category to experience a rise in emissions. Yet SUV sales were anticipated to be five times higher than electric car sales in 2021.

That isn’t good news for the planet, a sentiment that Sebastian Castellanos (a researcher at the New Urban Mobility Alliance) echoed to The Guardian: “To avert the worst of the climate catastrophe, the transport sector needs to be completely decarbonized. With the explosion in SUV sales, we are moving even farther away from our goal of decarbonizing the sector.”

A Quick History of SUVs

The sports utility vehicle, or SUV, began taking shape around the 1940s; some of the earliest Jeeps were designed and prototyped specifically for the Army to use during World War II. That meant that they were meant for harsher conditions of off-roading. They weren’t designed to be passenger cars, and their poor gas efficiency reflected that.

That didn’t stop SUVs from making their way into towns and cities. Over the decades, vehicle redesigns and effective marketing campaigns have helped the SUV take root in car culture and everyday life.

But while the number of SUV drivers increased, the SUV’s fuel efficiency didn’t. The 1978 gas guzzler tax specifically excluded SUVs from being taxed for poor efficiency. Where vehicle manufacturers were provided with incentives to make fuel efficiency improvements, SUVs were largely ignored.

Nowadays, SUVs are common occupants of parking lots and city streets. This comes to the disappointment of climate activists and the bemusement of off-roading enthusiasts, who note that despite its history as an off-roader, there are more SUVs on the road than off it.

How SUVs Have Changed

In recent years, more manufacturers have been focusing on improving their vehicles’ fuel economy, designing them to make better use of the fuel they’re given. With the reputation that SUVs have earned for being gas-guzzling polluters, it makes sense that SUVs would be one of the first for these improvements.

Increasing numbers of SUVs have been designed or revamped to feature hybrid engines as well as smaller and lighter builds, appealing to eco-friendlier consumers.

That doesn’t mean SUVs are the most environmentally friendly choice, however. The SUV’s size and weight means it’s battling more wind resistance, a challenge that a typical car doesn’t face. So while SUVs don’t have the same impact that they used to, they still fall short of sedans: the average 2020 sedan reached a fuel economy of 31.7 MPG, higher than both categories of SUVs.

The market for electric cars has exploded, and with that has come an increasing number of electric SUVs. Ultimately, electric SUVs are better for the environment than gasoline ones: since they don’t burn gas, they don’t emit air pollutants on the road. They also have a far better fuel economy than many models, using regenerative braking to recapture energy that would otherwise be burned off.

Being emissions-free is just one of the many benefits of these vehicles. There are a number of federal and state incentives available when you get an electric vehicle, like tax credits. And electric SUVs overall cost less to charge and maintain than gas-fueled ones, which saves you much more money over time.

Unfortunately, electric SUVs aren’t the perfect solution. If your car charger is getting its electricity from a nonrenewable source, like burning coal or fossil fuels, it contributes to quite a bit of environmental damage. However, electric SUVs are a significantly more planet-friendly choice when powered by renewable resources.

Reducing the Impact of SUVs

Most people can’t just stop using their SUV, and for good reason: SUVs offer spaciousness and versatility that are harder to achieve with the average car. Still, it’s normal to be concerned with more dire warnings of the climate crisis. You can still use your SUV while reducing its impact on the world.

No matter what SUV you need, the best thing you can do is get the most fuel-efficient SUV that you can. The better the fuel efficiency, the less impact your SUV will have. You can find the fuel economy ratings of various SUVs on fueleconomy.gov.

Get a smaller model

Larger SUVs provide more wind resistance, making them far more inefficient and increasing their environmental impact. Consider your needs when SUV-hunting so that you can get an appropriately-sized SUV instead of an oversized one.

You probably can’t stop using your SUV entirely (after all, not everywhere is walkable), but you can likely use it less often. There are a variety of ways you can do so:

Go electric if you can

Electric SUVs are becoming more widespread and are growing quite popular with environmentalists. You can also look into a plug-in hybrid that uses gas and electricity and offers an electric-only mode that allows you to drive without burning gas.

Of course, not everyone can get an electric SUV; they can be pricey, and some areas don’t have charging infrastructure available. But it’s worth looking into if you live in an urban area and have the money for an electric SUV.

Picking the most environmentally-friendly SUV can be an arduous task. To make it easier on yourself, take a look at SUViews. We’re on a mission to provide the most comprehensive SUV information possible, so you can pick the SUV that’s best for you and the planet.