What Did You Know About The 12 Cylinder Engines? 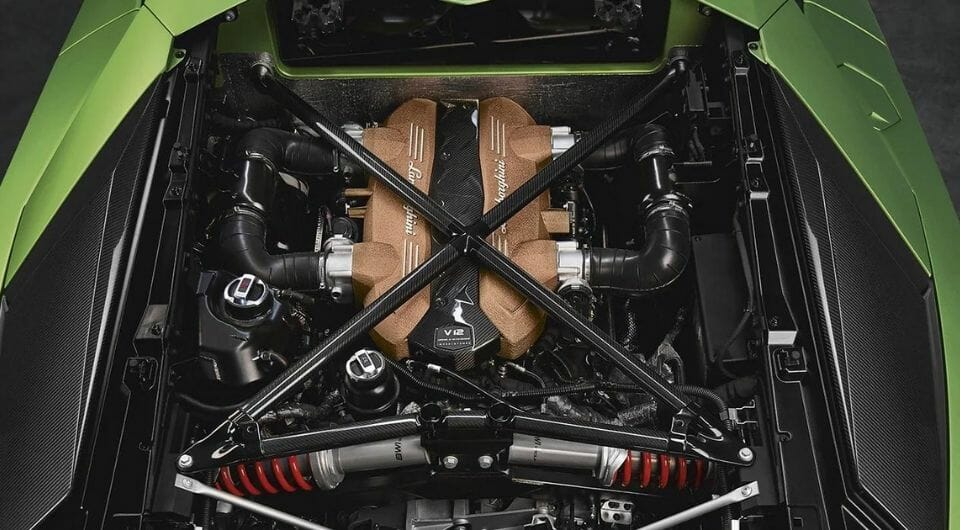 The moment you hear about 12 cylinder engines, the image of a robust, powerful, and massive engine conjures up your mind. These engines found a place in premium luxury vehicles, fighter aircraft, and marine vessels, all thanks to their unmatchable power and hassle-free operation.

In terms of build, these engines are a lot more complicated than V6s or V8s, so they are naturally heavier in weight as well as in size. They are also highly fuel-thirsty, and not the best choice for offering fuel-efficient rides. Another downside is its high cost, so not everyone can afford to have 12-cylinder engine cars today.

This is the era of electrification, so clinging on to a massive V12 engine is neither practical nor economical. They are also notorious for excessive emissions and contributing to pollution. Keeping these issues in mind, manufacturers are doing away with these engines, focusing more on fuel-efficient electric models or lighter V6 engines.

But that doesn’t mean we can’t appreciate the mighty V12 engine. Whether they are in demand or not, their balanced delivery of smooth power will always be a quality to admire. Their distinctive sound is another reason for automotive enthusiasts to have a soft spot for the V12s.

In this article, we are going to dive deep into the world of 12 cylinder engines. Here you’ll find answers to all your queries regarding V12 engines, and we’ll also look at some of the greatest examples of this type.

A 12-cylinder engine is one that has a total of 12 cylinders or combustion chambers. The cylinders are arranged in a V-shape on two sides of the middle shaft, which is why these engines are also called V12 engines.

When was the 12 cylinder engine developed?

The first 12-cylinder diesel engine was developed at the beginning of the twentieth century, in 1904. Eventually, it found its way under the hood of luxury vehicles, in airplanes, formula 1 cars, trucks, and rail engines.

Where was it used?

It didn’t take long for automotive experts to understand the value of V12 engines. This type of engine is not only powerful, but it also delivers power seamlessly, in a balanced manner. As a result, these engines are popular even today.
Within the first century of their coming into existence, V12 engines made a solid mark across various industries, including the following:

Why stuff 12 cylinders into a SUV?

While the majority of automakers are moving away from V12s to less complex and environmentally-friendly options, it’s impossible to deny the sheer power and smooth operation they offer.

If you’re wondering why stuffing a massive 12 cylinder engine into an SUV is a good idea, we have the answer.

A 12 cylinder engine is well-balanced in a V-shape and ensures minimal vibration. Its power delivery is incredibly smooth, as compared to any other engine. Most importantly, you get high power when you have a V12 engine under the hood of your SUV.

Which cars have a V12 engine built-in?

12 cylinder engines are slowly heading towards becoming obsolete, but that hasn’t stopped car manufacturers from introducing SUVs with a V12 engine built-in. If you have the desire and the budget to have a supremely powerful vehicle in your possession, you must check out these SUVs with V12 engines:

The greatest V12 engines ever made

Whether they are practical or not is a debate for another day. The world has seen some of the greatest V12 engines in the last fifty years, each of which has an interesting legacy attached to it. While you may not want to make an investment in a V12 engine, as car connoisseurs, it’s intriguing to learn about them.

You might not have heard of the Toyota 1GZ-FE engine unless you’re from Japan. But when we’re here to discuss the greatest V12 engines ever made, it would be a crime to not mention this.

What’s so special about this engine? Well, firstly, 1GZ-FE is Japan’s first-ever V12 engine. Used in the luxurious Toyota Century, and boasting a displacement of 4698 cc, the engine was an engineering marvel. The smooth operation was its primary USP, and it was highly reliable– so much so that the Century soon became a top choice amongst royals and the elites of Japan.

Abiding by the gentlemen’s agreement, the engine was advertised to offer an output of 276 horsepower (206 kW @5200 rpm). While it may not be as mighty as expected in terms of power, it compensated with a quiet operation (even when the engine was revved to the fullest).

This is a fairly old V12 engine that was used in a series of Ferrari vehicles from 1947 to 1988. Created by Italian automobile designer Gioachino Colombo, there have been multiple variants of this 12-cylinder engine.

Another noteworthy V12 engine was produced by the German luxury automaker Mercedes-Benz– the M297. In the initial years, it was used in certain Mercedes models, and later the manufacturer agreed to supply these 12-cylinder engines to Pagani, the premium Italian sports car maker.

Lamborghini entered the world of Formula One with a brand-new engine designed by Mauro Forghieri. It was a 3.5-liter V12 engine with a displacement of 3493 cc.

The first V12 engine ever produced by BMW was the mighty M70. The S70/2 engine, which was produced between 1993 to 1998, shared a similar V12 layout but improved mechanism, and it went on to power the world-famous McLaren F1.

While today the McLaren F1 has become synonymous with the S70/2 engine, BMW was nowhere close to being the first choice of engines. The German manufacturer had to meet the specific guidelines supplied by Gordon Murray to create the perfect V12 engine for McLaren, and as you might have already guessed, it exceeded all expectations. However, the final model turned out to be heavier than the original requirement.

Jaguar’s initiation into the world of V12 engines happened with the Jaguar XJ13, but for several reasons, the project was dropped. However, Jaguar didn’t let the 12 cylinder engine go to waste. The company reworked it, making it ready to use. This renewed version of the Jaguar V12 engine found its place inside the Jaguar E-Type Series 3.

During the 70s and the 80s, this one was a revered engine. It continued to be in production from 1971 to 1992. Initially, Jaguar started with 5.3-liter variants, eventually launching a more efficient 6-liter HE version in 1981.

At any given point, a V8 engine and a V12 engine can produce the same amount of power. But as the V8 is more lightweight, the vehicle will naturally be lighter in weight in comparison to a vehicle that has a V12 engine under the hood. So in this case, the lighter vehicle, i.e. the one with a V8 engine will have better acceleration.

But it’s important to note that the speed of a vehicle is not solely dependent on its engine. Other factors that have a significant impact on acceleration are quality of fuel, torque, and weight of vehicle, to mention a few.

2. Why are V12 engines not used in race cars anymore?

V12 engines are not used in race cars anymore due to logistical reasons. If you compare it with a regular V6 engine, the heads, camshafts, and crankshafts of a V12 are almost double in size. These days, it’s difficult to find a manufacturing factory that has large enough equipment or machinery to build the massive 12 cylinder engines.

Another major cause is the limit imposed on the displacement of engines. In F1, for example, the focus is to obtain quick acceleration and get high speeds, without tying the car to an unreasonably heavy engine. So the general preference lies with lighter and less complicated engines.

No, you cannot put a V12 engine in any random car. The 12 cylinder engine is massive in size, so fitting them into a passenger car might not be possible.