SUVs with Tailgate: Why will they make life easier on the road? 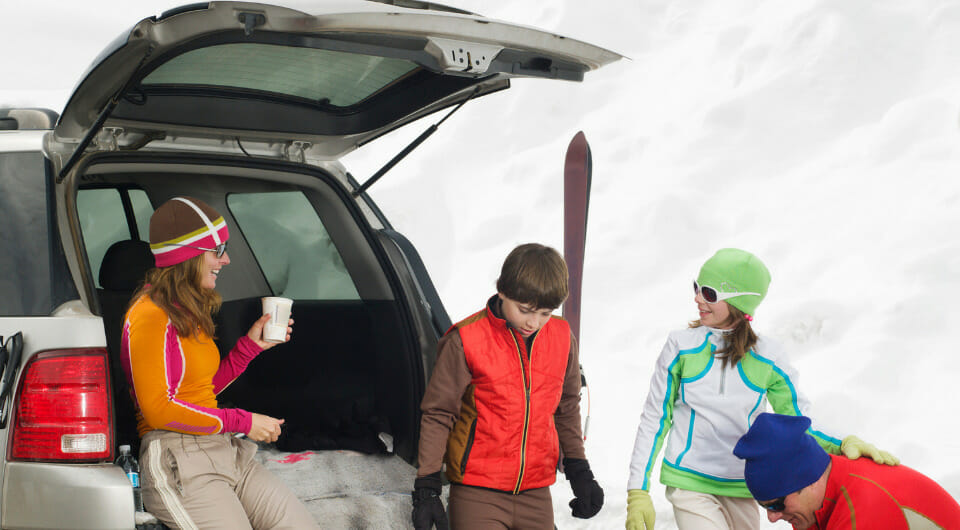 From match day to a trip with family– an Suv with Tailgate makes life easier. It helps you fit in a great amount of cargo, and unloading it becomes a breeze. Traditionally, trucks and vans were the first choice for carrying bulk, because they came with a massive tailgate. Now you can find them in a large number of modern vehicles. They may not look too stylish, but that doesn’t take away their functionality.

Now the question is, who should buy an Suv with Tailgate. We all need to haul a little bit of luggage at the boot of our car, but that doesn’t mean everyone needs a vehicle with a tailgate. You should invest in it only if you carry a considerable amount of cargo on a regular basis or quite frequently, and you need the assistance of a tailgate or a liftgate to unload the cargo.

Let’s dive deep into everything you need to know about Suvs with Tailgate– from the basics of what a tailgate is, what is it used for, its advantages and disadvantages, to some of the best examples available in the market.

What is a Tailgate?

A tailgate is the back door of a truck or an SUV, that may open downwards or sideways. The purpose of a tailgate is to make cargo loading and unloading convenient.

These days, most modern vehicles are equipped with power liftgates/ tailgates, which basically serve the same purpose, but with added sophistication. Power tailgates are electronically operated with the help of a button, but you might also choose to operate them manually. They are present in almost all classes of vehicles, whether it’s a hatchback, compact SUV, midsize SUV, or full-size SUV.

What is it used for?

Suv tailgates are used for hauling and taking down luggage, cargo, or anything else you might want to carry at the back of your four-wheelers. They add up to the total weight of the SUV, so your vehicle will need more power to steer through the road, resulting in high fuel consumption.

If you’re on the fence about whether to buy an Suv with Tailgate or not, here we have listed down the possible pros and cons of a tailgate.

Pros
Ideal for Heavy Cargo: The tailgates come in handy when you have to carry heavy cargo on your vehicle, and you do it quite frequently. The door opens up swiftly, and loading and taking out the items becomes easier.
Suitable for Pets: Your pets will love the tailgate more than anyone. They can hop in and out of the car conveniently when the tailgate is open.
Easy to Operate: While traditional tailgates require manual operation, you can get power liftgates in modern vehicles. All you need is to press a button, and you can lift and shut down the gate with ease.
Cons
Bulky: An Suv with Tailgate is heavier than a vehicle that doesn't have a tailgate. The tailgate or liftgate not only makes your SUV bulky but also lowers the fuel economy.
High Insurance Cost: When you opt for an Suv with Tailgate, you are basically opening up to more chances of damage. And quite naturally, the insurance cost will be on the higher side.
Slow: Power liftgates can be quite slow. As you push the button to shut the door, you have to wait for a considerable amount of time before it gets shut. The slow speed is for safety purposes, to make sure that the tailgate doesn't injure your vehicle.

What is a split-tailgate on an SUV?

A split tailgate has two doors instead of one. They open from the two sides, making it easier to load and unload cargo. They are ideal for camping, long tours, carrying heavy loads, and so on. Some popular SUVs with split tailgates are Toyota Land Cruiser, Pontiac Aztek, Honda Element, and Mitsubishi Outlander.

Even though tailgates are mostly found in bigger-sized vehicles, some automakers equip their subcompact and small sports utility vehicles with a tailgate. It bumps up their weight for sure but makes the cargo space more accessible. Ford Ecosport, Audi Q3, and Hyundai Tucson are some of the popular vehicles you can check out in the small SUV segment.

For those looking for SUVs with tailgates, we would highly recommend investing in a midsize SUV. A great number of midsize models have this feature, and they also come with a significant cargo capacity and towing ability. While small SUVs compromise on rugged performance and feel bogged down by the weight of the tailgate, that is not the case with midsize SUVs. They may not be quick, but overall performance is quite impressive. Audi Q5, Porsche Macan, and Jeep Grand Cherokee are great examples of this kind.

Full-size SUVs equipped with tailgates and superior off-roading ability– this is the perfect formula for an adventurer vehicle. Even though they are mostly used for carrying goods, they also come in handy when you’re exploring the wild or camping somewhere close to the city. Nissan Armada, Toyota Sequoia, and Range Rover are some of the full-size SUVs with tailgates.

Suvs with Tailgates: what makes them great?

Having a tailgate was pretty common for traditional SUVs, until recent years. Now the audience prefers quick and lightweight rides, and adding a heavy tailgate increases the overall weight of the vehicle.

But there’s a reason why SUVs with tailgates were so popular once, and they still continue to be a preference for a large number of automotive enthusiasts: tailgates simplify the process of cargo hauling.

In the age of electrification, you won’t have to touch the gate manually, so neither will there be any dirt on your hands nor will you leave any fingerprints on your car. Loading and unloading heavy items becomes easy, and your pets will also enjoy jumping in and out of the vehicle when you have a tailgate in place.

When you want to get the most out of your SUV, and you don’t want to compromise on its seamless cargo-hauling ability, choosing an SUV with a tailgate is a good option. Choose a small, midsize or full-size vehicle according to your preference, and see how the tailgate makes your life easier on the road.

1. Is A Power Liftgate Worth It?

In short, yes. A power liftgate is easy to operate, it’s safe, and doesn’t require you to touch the vehicle. Thanks to the smart fob, you can open and shut the liftgate hands-free.

2. Which SUV has a Powergate?

Audi Q3, Hyundai Tucson, Kia Sorento, and Jeep Grand Cherokee are some of the popular SUVs with a powergate.

3. What car has a Swing-Out Tailgate?

Ford Ecosport and Lexus GX have a swing-out tailgate.