Most Important Features to Look for in a Modern Car 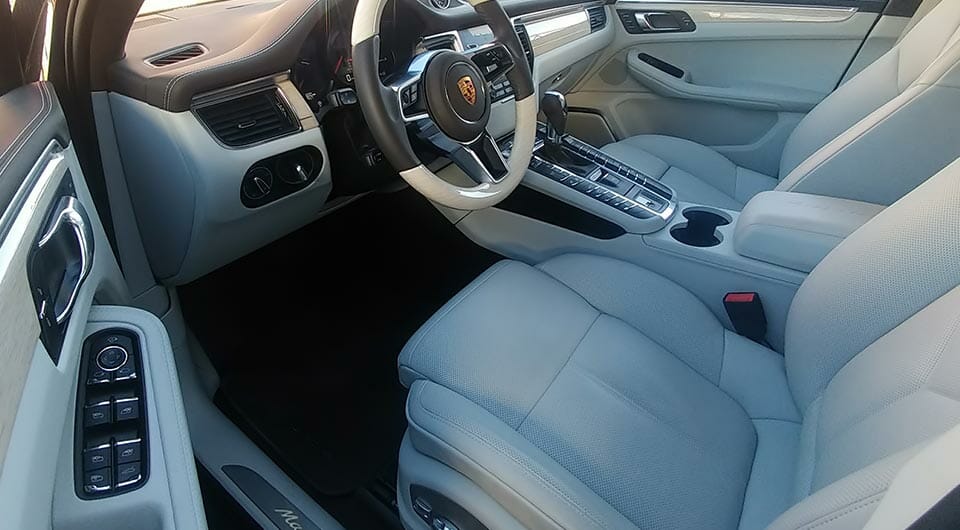 A lot of thought goes into buying a new car; after all, a new car is an investment. But a long time has passed since you simply had to decide between an automatic transmission and a manual. There are so many new car features that it can be tricky to tell what you’ll actually use. There’s no need to go through a long list: just explore the most vital features of modern cars with SUViews, and you’ll know what to pick.

Many car manufacturers have been implementing automated safety features to help you avoid crashes and injuries. When you’re picking out a new vehicle, it’s important to prioritize safety. Remember, even if your car has all of the critical safety features, they’re not a replacement for attentive and defensive driving.

Some cars even combine blind spot monitoring with automated collision prevention to automatically steer you away if you’re at risk of hitting another vehicle.

Backup cameras are more than just a commonplace safety feature: they’re now legally mandated in U.S. cars produced after 2018. When you put your car in reverse, your car’s backup camera will activate and show the camera feed on your car’s interior display, so you can see what’s directly behind you.

While they can’t replace looking over your shoulder or walking around the perimeter of your car, they’re a useful backup measure, especially for drivers of taller vehicles like SUVs who might have a harder time making sure the space behind them is clear, even when they look over their shoulder.

In an older car, if somebody swerves or brakes in front of you, your ability to prevent a collision primarily depends on you reacting quickly and hitting the brakes. With automatic braking, sensors in your car will detect if there’s something ahead of you and automatically slow down or brake the car.

It’s not a replacement for defensive driving, and it isn’t guaranteed to prevent a crash, but it significantly lessens the risk.

It can be tough to tell where your car is in relation to other vehicles or objects, especially in new or taller vehicles. Parking sensors provide extra guidance in this respect: if your front or rear bumper is in close proximity to something else, sensors on the bumper will alert you. It’s quite useful for parallel parking or backing into tight spaces, but it can also serve other helpful roles, like tipping you off to tailgating.

If you frequently forget to flip on the headlights when the sun goes down, automatic high beams are a practical yet vital safety feature for your car. When you activate the automatic setting, your car uses a sensor to detect the amount of light outside. Once it gets dark enough, the sensor triggers the high beams without you needing to manually activate them.

Another bonus to automatic high beams: if another driver is nearby, your car can recognize that and turn your headlights to a lower setting. With how powerfully bright some car headlights are, that’s a safety feature for you and others on the road too.

Safety comes first, but that doesn’t mean that’s the only thing you should focus on. Many new cars have features to make your drive more comfortable and enjoyable, but which ones are the best? Some of that comes down to individual opinions and lifestyle, but many features are suitable for any driver of a modern car.

Drivers of older cars often dread getting into their vehicle in the summer or winter months because they know they’ll be met with a seat that’s either uncomfortably chilly or scorching hot. Luckily, many modern cars offer heated seats and a heated steering wheel for the colder days, providing a much more comfortable ride than just turning on the heater alone.

And on the flip side, the use of ventilated seats is climbing, allowing you to cool off during your drive.

In most cars, heated and cooled seats are limited to the driver’s and passenger’s seats. However, some cars also provide this comfort to the back seats, which might appeal to anyone looking for a family car.

There’s no debate over whether phones are a cause of distracted driving. But there are times when using your phone in the car is necessary, like when you’re unsure where to make the next turn or are waiting on an important call.

Cars and SUVs with Apple CarPlay and Android Auto allow you to easily hook up your iPhone or Android to the car and use its features, whether connecting it to the navigation system or just wanting to turn on the music.

Multiple people drive the car. The interior needed cleaning or maintenance. You had to move the seat to grab something that fell underneath it. Whatever the reason, it can be annoying to readjust the driver’s seat to the most suitable position.

With a memory driver’s seat, the driver’s seat can be restored to the saved setting with just the press of a button; no manual adjustment is needed. Some cars even offer the ability to save multiple driver’s seat settings, which is a handy feature for shared cars.

You know the scenario: you need to transport something home, but your hands are full, and you’re forced to place the potentially heavy object on the parking lot’s asphalt to get your trunk open.

Some modern cars, though, are being built with hands-free trunks, where all you need to do is lift your foot underneath the sensor, and the trunk will pop open on its own. This makes it much easier to get heavy cargo into your vehicle, let your dogs into the cargo hold, or simply speed up the process of loading groceries into the trunk.

It might seem silly to start your car before you’re even in it, but you’d be surprised by how useful it can be. If the sun has been relentlessly beating down on you, starting your car from a distance gives the air conditioning a chance to kick in before you even open the car door.

And while you shouldn’t warm up your engine on cold winter days, warming up the car’s interior is another story, and you’ll definitely appreciate getting into a comfortably cozy car.

With so many new features being built into SUVs, it can be tough to tell what’s useful and just gimmicky. Luckily, SUViews has you covered: we provide plenty of reviews and information on new SUVs and their features, so you can decide whether that SUV is right for you. No matter your needs, you’ll be able to determine which SUV and features are the perfect fit.