How to Choose Between the Kia Telluride Vs. Kia Sorento 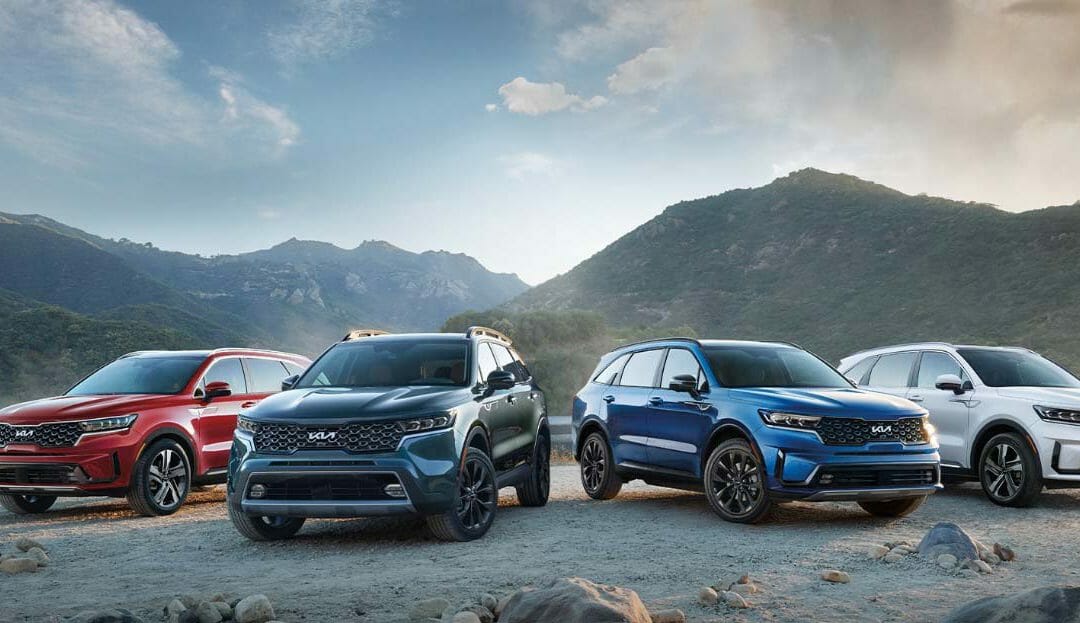 The SUV market has become so competitive that some automakers have been using a paradoxical solution: they are releasing more models to try and stand out among so many others. Kia has been firmly defended by the Sorento for years, but now decided to give it a larger sibling to attract new customer profiles. That move has brought us to a delicious comparison: Kia Sorento vs Telluride.

While both of the models are similar in rational aspects, such as equipment lists and external dimensions, their characters are unique. When we compare the Kia Sorento vs. Kia Telluride, we observe crucial differences that show the target audience of each one.

Here, we are going to analyze them from different angles to help you understand them and decide if the Kia Telluride or Sorento is the best for you.

Kia Sorento vs. Kia Telluride: Which is More Affordable For You?

When you’re looking at these vehicles from a buyer’s perspective, you must note that Sorento is a small SUV, while Telluride is a midsize.

In this Kia Sorento vs Telluride discussion, let’s find out which one has an overall low cost, considering vehicle price and fuel economy.

Models
Kia Sorento
Kia Telluride
Overview
Has a low base price; its upscale trims come with a huge price surge. But if you choose this vehicle, it offers good fuel economy, diverse powertrains, and a low footprint.
Has a slightly high base price, with a limited number of upscale trims as opposed to Sorrento. There is only one engine available, and fuel economy is not particularly great.

From the point of view of affordability, Sorento is our winner– it will cost you less to drive around the car for multiple years, even if you choose to spend a few bucks extra on the upscale trims in the initial buying stage.

The tech specs of both SUVs can be initially expressed with the chart below:

Being the smallest option of these SUVs, the Sorento is clearly focused on fuel efficiency. It offers a total of four powertrain options, two of them being hybrid (the plug-in one has not been tested by the specialized press yet).The Sorento is considered one of the best hybrid SUVs in the best mid-sized SUV category.

The Telluride uses a gasoline-powered V6, which represents a much more conservative design; the only reason why it is more powerful is simply being a larger engine.

None of those is particularly fast, but the Sorento offers better performance figures considering its options with internal-combustion engines because it is smaller and lighter. The hybrid options are not expected to deliver great figures because they are more concerned with efficiency; the plug-in one, for example, prioritizes maximizing its range, especially when riding on pure electric mode.

The Telluride uses its larger size and weight to its benefit here: it can tow up to 5,000 lb. The Sorento may tow 3,500 when it is equipped with the towing package.

The EPA estimates for both models can be better interpreted with the following chart:

Kia also informs that the plug-in hybrid Sorento is also rated at 32 miles of pure electric range and a combined total of 79 MPGe. While both models offer front or all-wheel drive, the Sorento has four engine options; two of them are hybrid.

Even the least fuel-efficient Sorento makes better mileage than the most efficient Telluride.

Room for Cargo and Passengers

When it comes to passengers, while both SUVs offer seven seats, the Sorento does so with a total volume of 144 ft³ while the Telluride offers a total of 157 ft³. The specialized press has consistently complained about the Sorento third row: it offers limited room for adults and compromises the cargo space.

The Sorento can only be considered the most affordable option at its base trim levels. The upscale ones have a steep price increase because of hybrid powertrains, so the owner would need to use them for many miles to effectively get that money back in reduced fuel usage.

The basic external dimensions of each model were organized in the following chart:

As you can see, the Telluride is a larger car in every dimension. That helps it offer more room in the cabin, especially for the third-row passengers, but also contributes to higher fuel consumption. We can consider these SUVs as if they were short and long-wheelbase siblings; the only difference is that they were not designed as two versions of the same model.

The Sorento takes a more casual approach to the SUV segment. That can be seen on its modern-looking dashboard, which applies unusual shapes for some components and is focused on the large screens that work as gauge clusters and infotainment displays. The Telluride gives a mature, almost conservative impression as it is appropriate for a larger SUV dedicated to big families.

Following that train of thought, the Sorento’s cabin merely follows the standards of its category while the Telluride gives a nice premium feel – which is surprising considering that Kia is a no-frills brand and that there is the Hyundai Palisade sibling. Both models can have their second-row bench replaced with a pair of captain’s chairs, but the Sorento’s third row is considered small for adults.

When it comes to equipment, the models are placed very closely in Kia’s line and come from recent projects. They may receive the same items at the respective upscale trim level, especially safety ones; the differences are concentrated on how those items are distributed throughout the lesser trims because the Sorento has much more available than the Telluride.

As previously mentioned, Sorento’s only big flaw is the cramped third seat row. Having that in mind, the truth is that you can interpret these SUVs as short and long-wheelbase counterparts. The difference is that they are not tied as versions of the same SUV model, as Jeep has done with the Grand Cherokee. That strategy is interesting because it allows each one to have its own image.

The Sorento caters to a younger audience, so it is concerned with technology and with a dazzling appearance. The Telluride is focused on more mature families, so it offers a sophisticated image.

Nevertheless, both look very good, feature high build quality, offer many storage areas throughout the room, and use upscale materials – the Sorento has sections with complex stitching patterns.

The Telluride stands out in its market category for offering a comprehensive list of electronic safety assists as standard. Collision mitigation, 911 emergency contact, forward-collision avoidance, lane change assist, everything comes as standard. Besides that, many other systems are offered at extra costs like automatic high beams, 360-degree cameras, and blind-spot monitoring.

The Sorento may be equipped with the same items but, since it has a lower position on the lineup, most of them come at extra cost and are only available at upscale trim levels.

When it comes to reliability, the Telluride has been widely praised by the specialized press. That is not surprising considering that Kia has taken a conservative approach to its project: the SUV comes with an excellent warranty plan and uses a V6 engine with standard technology.

Leading automotive reviewer Car and Driver has rated both Kia Sorento and Kia Telluride. The 2022 variant of Sorento received 8.5/10, whereas the 2022 Telluride got a whopping 10/10, and it’s also a part of the website’s 10Best.

None of them get complimentary scheduled maintenance.

Learn More About Our Kia Sorento and Telluride Options

The Kia Telluride was designed to be the typical American SUV, which is the new interpretation of the typical American station wagon of decades ago. Boxy design with traditional solutions, large gasoline engine, and comfortable cabin with plenty of room for many people. If you ignore the Kia badges or the unusual front design, it could easily pass for something designed by Ford or GMC.

While the Sorento also has family orientation, it could easily be used by a group of friends as well. It was clearly designed to turn heads wherever it goes. The dashboard helps with that feeling by using large screens and innovative design. Another key difference is that, if you are concerned with fuel efficiency, Sorento’s downsized and hybrid options will be a better fit than Telluride’s V6.

1. Is Kia Telluride bigger than the Sorento?

Yes, the Kia Telluride is bigger than the Sorento in terms of wheelbase, height, length, and width.

2. Is the Sorento smaller than the Telluride?

Sorento is a compact SUV, and Telluride is a midsize SUV. So naturally, Sorento is smaller than Telluride in dimension.

The two particular shortcomings of the Kia Telluride are:

4. Is Kia Telluride worth the hype?

As one of the best midsize SUVs available in the current market, Kia Telluride is definitely worth the hype and praise it receives.

5. Is Kia Telluride a reliable car?

Kia Telluride is a highly reliable car. It has received a reliability score of 85/100 by J.D. Power.

Only after writing your own shortlist of crossovers, it is adequate to investigate where they are in their respective life cycles. Some have just been updated, whether partially or completely, while others are waiting for the 2022 line to catch up with the market demands.