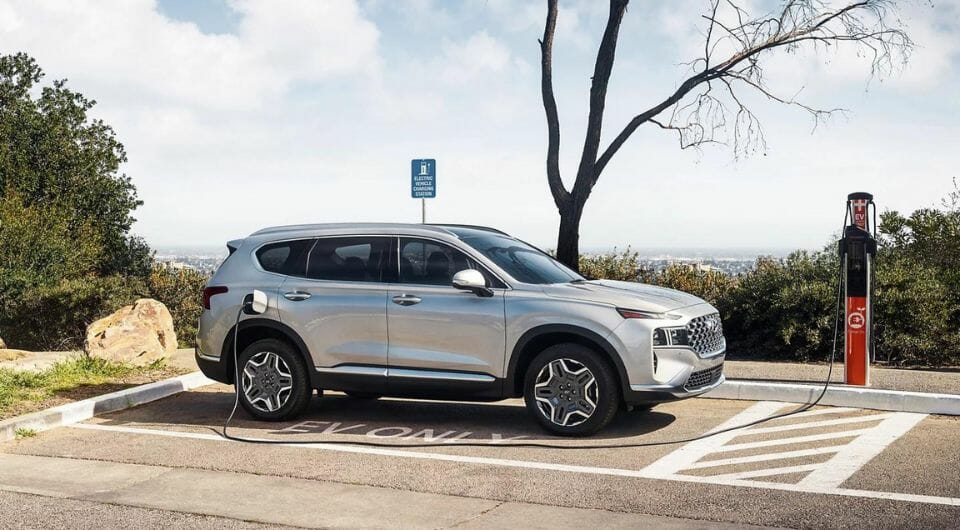 There’s no perfect answer for whether you should get a gas, hybrid, or electric vehicle; what’s ideal for one driver may not be the best option for another. Knowing what makes these vehicles a good or bad choice can help you decide which type is best for you.

An Overview of Engine Types

Four types of engines are commonly used in vehicles today: gasoline, hybrid, plug-in hybrid, and electric. As the names suggest, each engine type will run on gasoline, electricity, or a combination of both. Take a look at the advantages and disadvantages of each type and see which one suits you best.

The classic choice, gasoline engines, are the original choice to power cars and have gone through over a century of innovation. Being on the market for so long gives them advantages in a few areas:

However, drivers and manufacturers have begun moving away from fully-gasoline cars. The last few decades have revealed quite a few drawbacks to these classics:

The larger the SUV, the more fuel-inefficient the vehicle. Full-size SUVs are great for towing things and have generous cargo space, but they go through gas at an alarming rate. If you do not need additional space and don’t plan on towing something all the time, it’s best to look for a smaller model.

Hybrid vehicles were built specifically for efficiency. The demand for a hybrid engine came about because surging gas prices concerned consumers about gas mileage. Of course, they’re not the best option for every driver, or the climate:

Plug-in hybrids offer the best of both worlds, or at least both engine types. A plug-in hybrid features both an electric and a gasoline engine to provide the benefits of both:

Having the benefits of both means they also have some downsides of both as well:

Electric vehicles are powered entirely by electricity. No gasoline is necessary. A glance at their benefits makes it clear why they’re becoming so popular:

Of course, electric vehicles aren’t perfect. They still have some significant problems, including:

As electric cars become more popular, some of these downsides may dissipate, but right now, they remain major problems for those looking to buy an electric vehicle.

Electric, Hybrid, or Gas: What to Consider

With so many car models and different manufacturers, buying a car can seem overwhelming. Engine type might feel like another thing to worry about after selecting your vehicle, but it can help narrow your search. Each engine type is suited for specific environments depending on multiple factors.

Using an electric vehicle in a heavily-populated area is easier, as EV charging stations are often a standard feature of urban locations. Rural areas, however, haven’t caught up yet: you can go many miles without finding a charging station. You can usually install an EV charging station at home, but if that’s the only place you can recharge, you might want to pick a gasoline or hybrid model.

If you’re unsure what the charging infrastructure looks like where you live, check out the EV charging station map on energy.gov.

When driving in bad weather, most people only consider if they need all-wheel drive and snow tires, but the engine matters too. Gas vehicles hold up much better against extreme temperatures, whereas electric motors lose some of their efficiency in extremely hot or cold weather.

That being said, plug-in hybrids and electric vehicles are becoming more affordable as more options hit the market. Tax incentives, cheaper recharging, and less maintenance can also help recoup the cost over time.

A regular hybrid is a good compromise if you can spend a bit more money but can’t afford anything electric. They usually cost slightly more than cars with gasoline engines, but you’ll make up for it by having to refuel less often.

The range of electric vehicles has vastly improved over the years, but only luxury vehicles such as Teslas can make long trips. Any car that runs on gas is quicker to refuel and typically doesn’t need to be refueled as often when on the road.

To a point, this also ties into infrastructure. Driving across town, you’ll probably find a charging station somewhere along the way. On a cross-country road trip, charging stations might not be available in many places, but gas stations will.

You probably know that gasoline vehicles all handle differently, but the same applies to hybrid and electric vehicles. While adjusting to a new car is always tricky, you may prefer how one type of vehicle handles. Electric cars, for instance, often accelerate faster than gasoline ones, and not everyone enjoys how their hybrid feels on the road.

Specific cars also handle differently, even if they use the same fuel. For example, you may prefer the feel of the hybrid Hyundai Ioniq to their Sonata hybrid. Don’t write off an entire category of cars just because you didn’t like one of them.

What you use your car for makes a big difference in what you buy. If you often take your dog on the road, the best fit might be a hybrid SUV with plenty of cargo space. If you regularly drive your young children around, a plug-in midsize sedan or compact SUV with a built-in infotainment system and up-to-date safety features is likely top priority. At the end of the day, ensure you get a car with what you need.

SUViews Can Help You Find the Right SUV

Torn between a plug-in hybrid SUV and an electric SUV? SUViews offers the inside scoop on all kinds of SUVs on the market. Whether you’re just considering a new car or have your heart set on a specific SUV model, we’ll provide you all the information you need to get the SUV of your dreams.