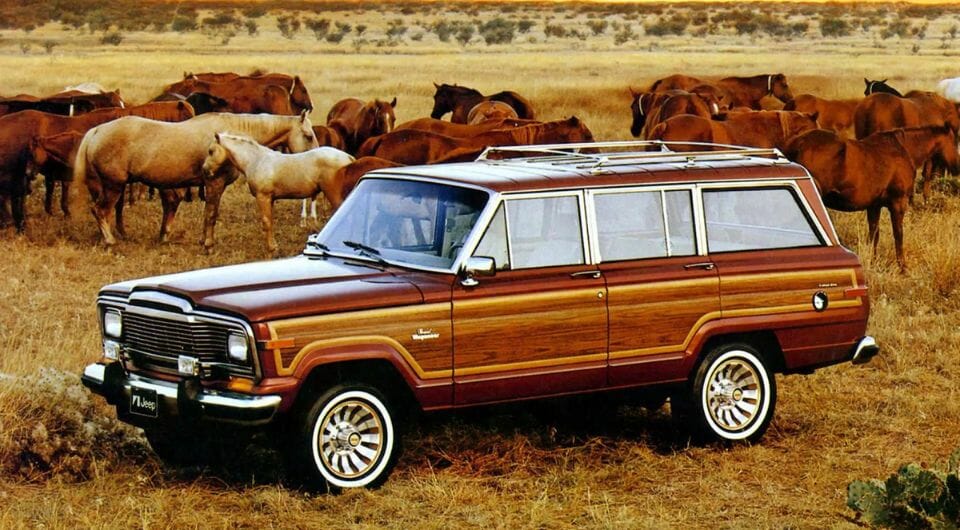 While modern SUVs evolved through the efforts of different vehicles and companies over the decades, the 1984 Jeep Cherokee XJ is often credited as the SUV that started it all. The Cherokee XJ was not only a re-imagination of what a car could be but a reinvention of it, revitalizing the automotive industry and earning the long-lasting admiration of car enthusiasts worldwide.

The Roots of the Jeep Cherokee XJ

While the SUV’s origins can be traced back to military vehicles of the 1940s, no vehicles resembling current-day SUVs were on the road for several decades afterward. Most consumer cars were limited to sedans, station wagons, and trucks for heavy-duty work.

By the late 1970s, however, it had become clear that the automotive industry needed a change. North America’s car-driven culture and society was struck particularly hard by the 1970s energy crisis, and drivers had seen too many fuel-free gas stations to feel comfortable driving a gas-guzzler.

As tourism and work industries evolved, it also became clear that consumers didn’t have enough options; families couldn’t drive their suburban cars into the woods for a camping trip, for example, and trucks weren’t a viable solution for parents who needed to drive their children to school.

1978 saw the initial conception of the Cherokee XJ, limited to blueprints and clay mockups. The XJ wasn’t the first of the Cherokee models; it was heavily inspired by the preexisting Cherokee SJ, one of Jeep’s station wagons. Interestingly enough, Jeep had first dubbed the SJ a sport utility vehicle in 1974 as part of its marketing materials, an entire decade before they released their first true SUV.

It would take another six years for the Cherokee XJ to come to fruition. Despite the long wait, the Cherokee XJ rolled out to rave reviews, setting the stage for developing an entirely new subset of vehicles: the SUV.

What Set the Cherokee XJ Apart

The release of the Cherokee XJ caught plenty of eyes simply for the fact that it was the first new Jeep model in two decades. It could have been a momentary trend in broader car culture, but the XJ provided a wide variety of features that catapulted it into the car history books.

The Legacy of the Cherokee XJ

To say the Cherokee XJ revolutionized the automobile industry would be massively understating its influence. Automobile manufacturers rushed to create their own version of the SUV, leading to fierce competition in a vehicle category that hadn’t even existed beforehand. The competition has only grown more intense, with more drivers beginning to opt for SUVs over sedans in 2020.

The XJ’s incredible success influenced even Jeep itself. Jeep not only built a whopping 14 trim levels for the XJ, including a specialized trim for its 60th anniversary, they eventually developed entirely new lines of Jeep SUVs based on the XJ’s success. Some of these SUVs would become direct successors to the Cherokee XJ, including the Jeep Grand Cherokee.

Eventually, the Cherokee XJ was retired. The Jeep Liberty stepped up in 2002 to take its place, and the shorter-lived Liberty was replaced by the Cherokee KL, a crossover SUV that some feel bears little semblance to its namesake.

However, the Cherokee XJ’s impact on the automotive industry hasn’t been forgotten, with the 1984 XJ being perhaps one of the more popular model years.

Explore the World of SUVs with SUViews

Jeep may have carved out a new road for SUVs, but the world of SUVs has grown far beyond their 1984 invention. If you’re baffled by the myriad of luxury SUVs, subcompact SUVs, or any other form of SUVs on the market, SUViews can provide plenty of guidance, whether you’re looking for reviews on the latest models or advice on navigating the world of SUVs.