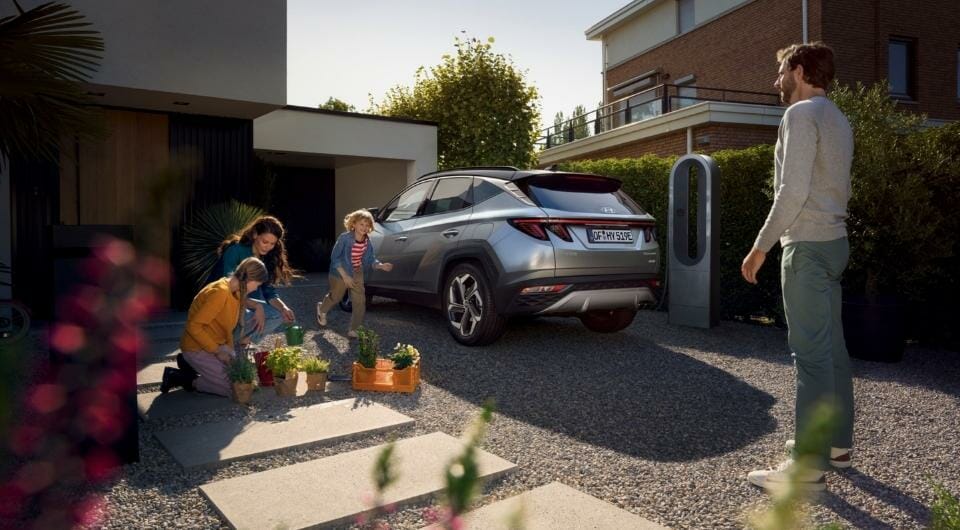 Even though plug-in hybrid SUV models have been available in the global market for some years by now, the fact is that they have only truly taken off recently. More and more people are developing interest in their fuel efficiency, as PHEVs are able to deliver figures that were unimaginable some years ago. They are good for the environment, help you cut down fuel costs, and of course, the ride quality is great.

As you can imagine, this post is dedicated to show you the best PHEVs in the SUV market category. However, it is not limited to cold fuel-efficiency figures because we know that the purchase of any car depends on many other variables. You are going to see why exactly we recommend each one, then some general questions to further assist you in the purchase of your SUV plug-in hybrid.

Methodology of our car rankings

What Are the Pros and Cons of Plug-in Hybrid SUVs?

Plug-in hybrid SUVs are the most obvious choice of new car buyers. If you too are considering owning one, let’s take a quick look at the advantages and disadvantages of a plug-in hybrid. 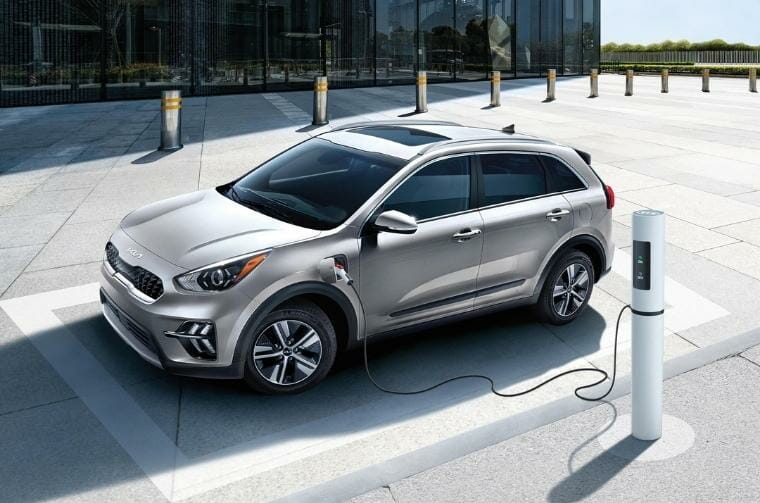 Why We Picked It: Yes, this is the 2022 model. And yes, we know that an all-new one will debut for 2023. The thing is, the Niro has always been popular for its great value so, if you find the outgoing model at discounted prices, it easily becomes the best plug-in hybrid SUV in the subcompact niche. We can say that the 2022 Niro teaches you to live at a slow pace: it takes long to reach high speeds but takes even longer to require another visit to the fuel station or to a recharge point. 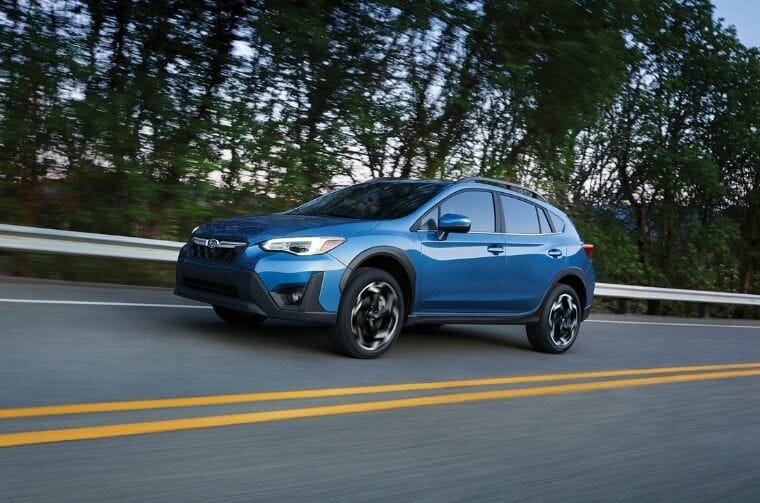 Why We Picked It: While its Impreza origins barely allow it to qualify as an SUV, the Crosstrek wins the spot of best plug in hybrid SUV 2021 in its category because of its combination of qualities: no-frills character, excellent fuel efficiency, and engaging dynamic behavior. However, Subaru’s typical rationality may not be the best option in a segment which heavily depends on flashy images.

Pros
Car body provides nimble handling
Design is pleasant without being flashy
Excellent PHEV fuel-efficiency
Cons
Not as roomy as some key competitors
Neat, but uninspired cabin design
Does not bring the beloved SUV flair 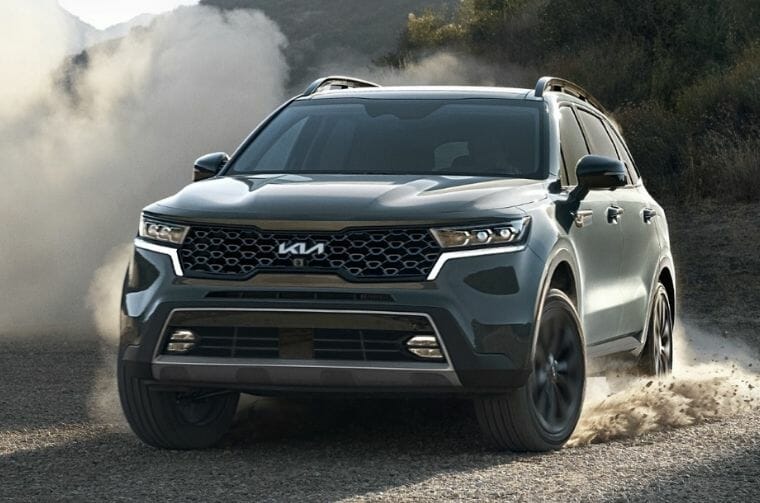 Why We Picked It: Many Kia SUVs have become regular awardees of gold medals from press tests over the past years and the Sorento is no exception. While the design is getting more daring with each generation, this SUV plug-in hybrid manages to preserve its overall great taste along with the attractive equipment list and Kia’s signature warranty plan. What is not to love in such an SUV? Oh yes, the third row of seats. 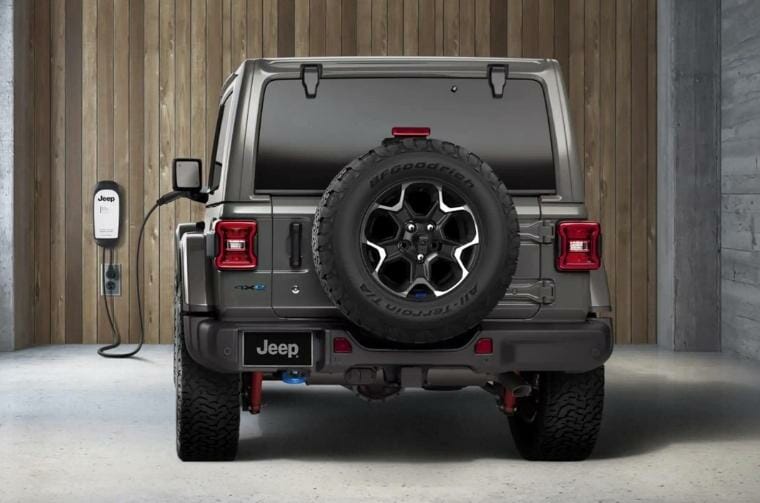 Why We Picked It: The midsize segment is just too diverse to have only one representative in this list. One of the best plug-in hybrid 4WD SUVs is Jeep’s legend, whose 4xe version was designed to offer fuel efficiency which used to be unimaginable for the model while preserving every bit of the off-road capability which built the company’s reputation in the first place. Just keep in mind that such a strong character leaves no room for frivolities such as ride smoothness. 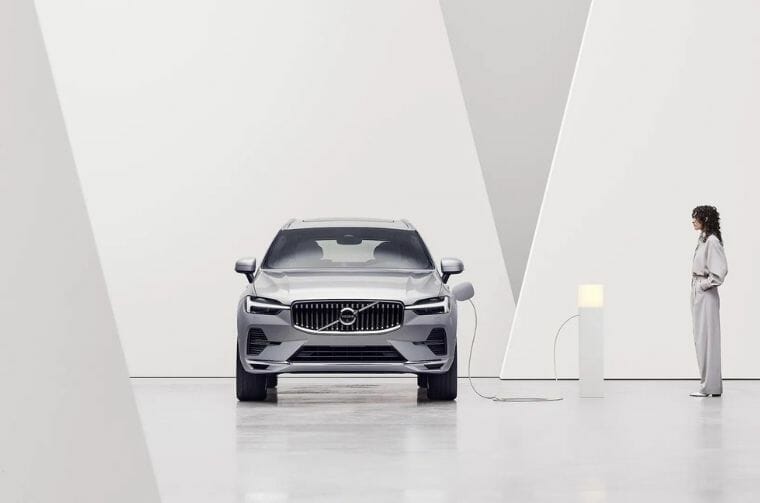 Why We Picked It: After a complete reinvention of its design identity, Volvo is now focused on the goal of electrifying itself as soon as possible. The XC60 Recharge is one of the best plug in hybrid SUV models because it manages to be desirable, not simply convenient. There is still room for some improvements, of course, but its combination of handsome design, comfortable cabin, huge list of safety items, and efficient powertrain makes it hard to resist. 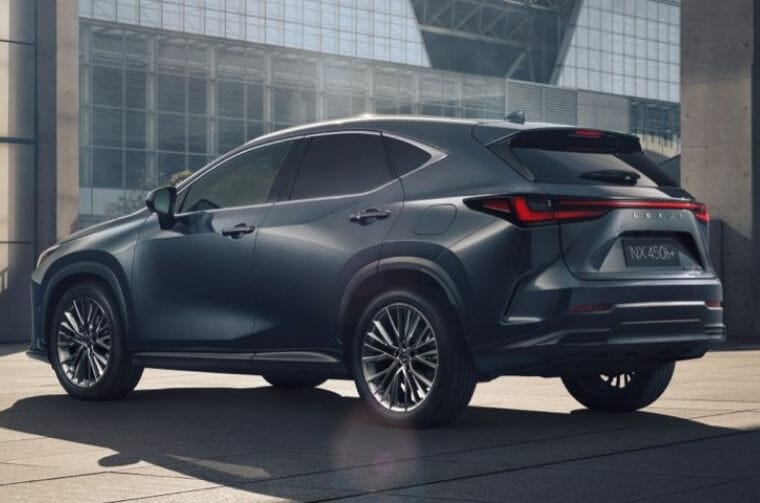 Why We Picked It: After seeing so many rivals appear and/or be updated, the NX welcomes a new generation with much needed improvements. While the design changes were largely evolutionary, the new cabin is even more appropriate for a luxury model, the hybrid options now include a PHEV, and the list of safety items became larger. It may not be the very first model you think of in the category, but it certainly became even more interesting than before.
Pros
Design was refreshed but is still sleek
Cabin became safer and more luxurious
Several driver assists are now available
Cons
Dynamic behavior could engage more
Subpar noise levels for the category
Plug-in hybrid version is too expensive 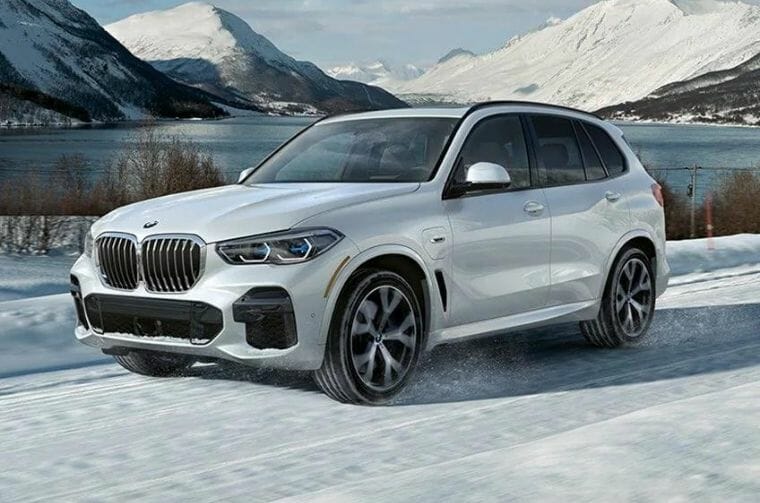 Why We Picked It: What was one of the first luxury SUVs at all is now one of the references in a crowded segment. The X5 deserves a spot among the best plug-in hybrid SUVs with 3 rows for its combination of handsome exterior, classy cabin and efficient powertrain, even though the latter could be better for PHEV standards and comes at the expense of dynamic engagement. Still, it is easy to see that the German model has much more strong suits than weaknesses. 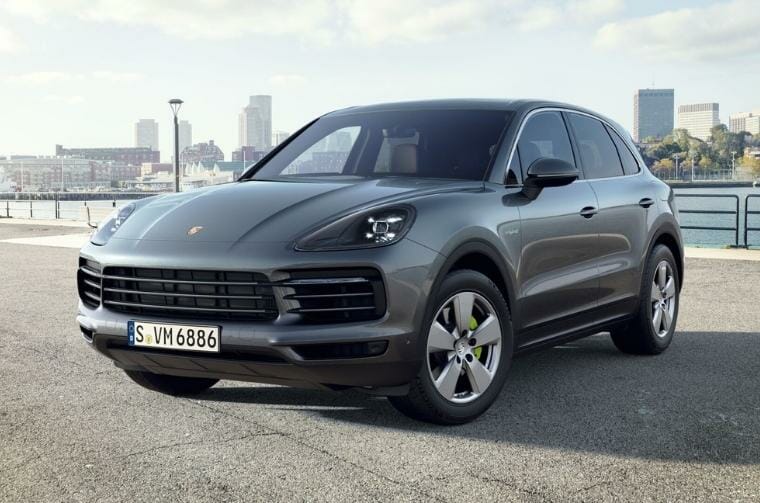 Why We Picked It: One of the best plug-in hybrid 4WD SUVs comes from a legend among sports cars, ironically. The Porsche Cayenne manages to combine the practicality of an SUV to the sportiness which has always characterized Porsche and, more recently, a plug-in hybrid powertrain which makes it more fuel-efficient than ever. Keep in mind that if you do not quite appreciate its design, you can always take a look at its brand new Coupé sibling as well.

Pros
Energetic powertrain for a PHEV
Impressive driving behavior for an SUV
Towing capacity of up to 7,700 lb
Cons
Few storage areas for small objects
Ride can be firm and harsh at times
Desirable options are highly expensive 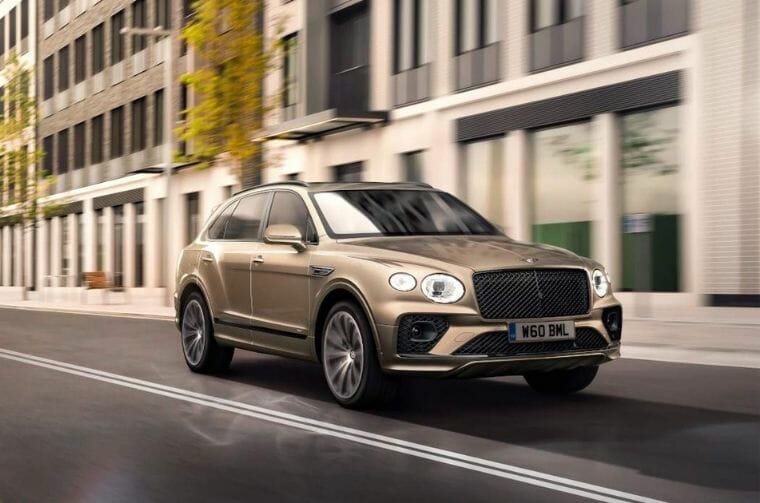 Why We Picked It: At a first glance, it is easy to think that, the more expensive a car is, the better it would be as well, right? When it comes to fuel efficiency, the truth is that the Bentayga is actually one of the worst in this list. What still makes it one of the best plug-in hybrid SUV 2021 is related to the goal of this article: showing you that PHEVs are much more than MPGe figures. And, of course, you have to make peace with the fact that the 2022 Bentayga is not available in all countries.
Pros
Absolutely luxurious cabin
Refined and engaging dynamics
High fuel efficiency for its dimensions
Cons
External design is hard to appreciate
Base price is already very expensive
Extra features make it cost even more 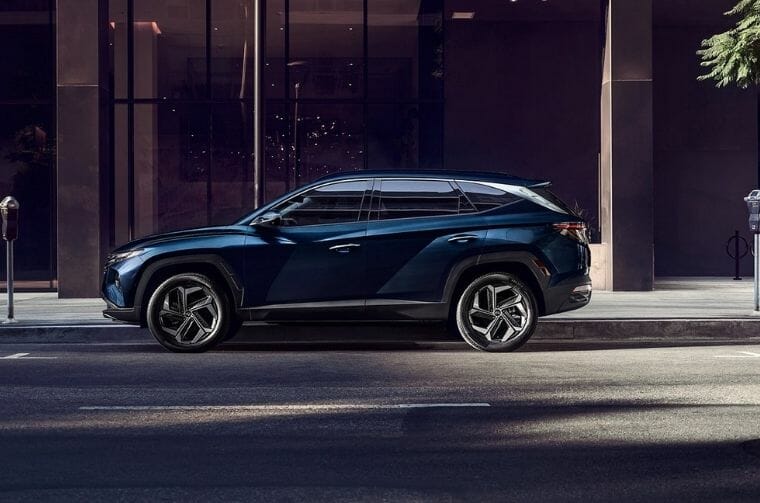 Why We Picked It: After the design revolution of the 2000s, Hyundai and Kia have managed to keep their names strong for an even better reason: populating best-car charts written by the specialized press. The Tucson becomes an excellent plug-in hybrid SUV for being good or great at pretty much everything plus offering a design which everyone can easily define as impressive. While you may not define it as “beautiful”, it is undeniable that the car is a great package.

First of all, the simple fact that they use electricity should convince you. In hybrid cars, the electric motor assists the thermal one all the time, albeit at variable proportions, and that sharply reduces the final fuel consumption.

When it comes to plug-in hybrids, there is an additional advantage: pure EV range. In other words, you can recharge their batteries by yourself, when you come back from work for example, and enjoy a totally petrol-free ride next time you use the car.

Now, you may notice that plug-in hybrids have a significantly lower EV range than fully electric cars. That happens because they are a completely different type of vehicle: a plug-in hybrid is primarily a gasoline-powered car, only enhanced by an electric motor which plays a supporting role.

The list presented above shows the plug-in hybrid SUV models, that is, those with the technology which allows a pure EV range.

What is the Most Fuel-Efficient PHEV SUV?

While the 2022 Kia Niro Hybrid is a strong contender, we pick the 2022 Ford Escape SE PHEV. Those models have a tie at the MPGe rating, while the Kia makes more miles per gallon of gasoline. However, the priority of a plug-in hybrid is the efficiency of its electric motor; the Ford becomes the best selection because its pure EV range is 37 miles, one of the highest in the segment.

Then again, you have already noticed that the Escape did not make our SUV plug-in hybrid list. That is because it has subpar performance in other aspects compared to its main competitors, such as cabin refinement, warranty plan, and value package.

Which is the Plug-In Hybrid SUV With the Best MPGe Ratings?

Here, it is interesting to mention that, while the RAV4 Prime was not named one of the best plug-in hybrid 4WD SUVs mentioned above, the Lexus NX450H+ was. They use the exact same powertrain but it fits the Lexus much better because its performance matches that of key competitors and the price hike it represents is much less impactful in the luxury market than in the generalist.

What is the highest rated plug-in hybrid and why?

The 2022 Hyundai Tucson is frequently lauded by the specialized press basically for being great at everything. It has a practical cabin, plenty of standard items, a modern project which brings all the latest comfort and safety technologies, and an efficient plug-in hybrid powertrain. The only divisive point in this SUV is the external design, which may be considered too aggressive for some buyers.

All the 10 PHEVs included in this article have a unique characteristic of their own, so ultimately it comes down to the buyer’s personal preferences. Even though there are specific points where the Hyundai Tucson, Ford Escape PHEV, the Kia Niro Hybrid, and the Toyota RAV4 Prime perform better and worse, the difference between them is small enough to make them all highly recommendable at a first glance.

We know that, in practice, it is also important to take many other factors into account when choosing a new SUV, such as its reliability, safety, and design. After this second part of the analysis, the Niro moves down on that list because of its upcoming redesign.

So go through the list carefully, analyze which vehicle works the best for your requirements and budget, and then go ahead with one that ticks all the boxes.

1. Which SUV is the highest rated plug-in hybrid?

2. How long do PHEV cars take to charge?

The size of the battery and the capacity of the outlet determine the charging time. A small battery takes around 1.5 hours to charge at 240 V, whereas it takes 3 hours at 120 V. For large batteries the time can go as much as 8 hours and 20 hours, at 240 V and 120 V respectively.

3. Which is the best plug-in hybrid compact SUV?